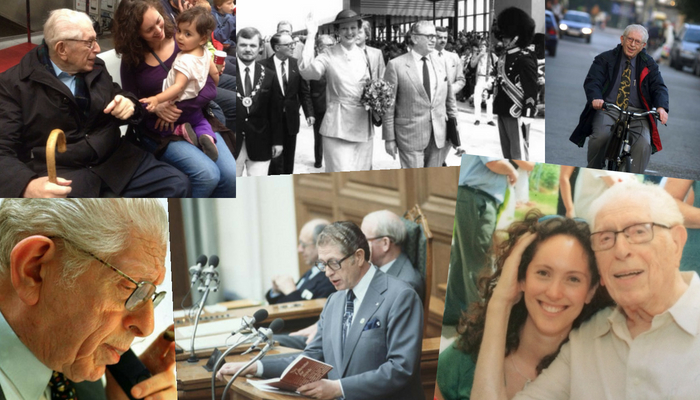 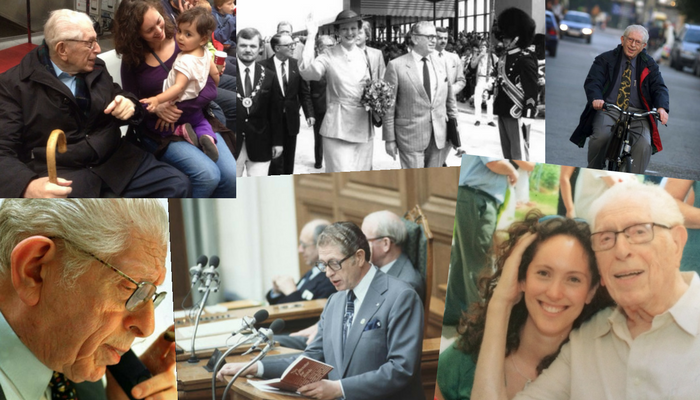 There are many people who will have you believe that if you want to be powerful in this world you don’t have time to be kind. Just focus on the big people and the big stuff.

I am grateful to have experienced first-hand that that isn’t true. You don’t have to be rude, cold and insensitive to be a powerful leader. My late grandfather was proof of that.

For the first 21 years of my life my grandfather was a member of the Danish parliament and twice a minister. There were amazing moments and there were challenging times. When your grandfather is front-page news, some days that means his achievements are celebrated, other times it means he is being criticized for speaking his truth. But speak his truth he did. Again and again.

He used to arrive at Copenhagen central station around midnight to pick up the first edition of all the Danish newspapers. Then he would return home, read, sleep a few hours and by the time the editors arrived to work the next morning, they would very often have received an opinion piece from him about a cause he felt deeply about.

All of my childhood he would say: “I am going to live forever – and so far it’s going pretty well.” He wanted to see what was going to happen next, he had opinions, he got involved. He made a difference.

But in the last few years, he was tired. And in September last year his experiment of living forever officially ended. Almost 92. He died of old age. Just as he had wanted. Selfishly, I wished he would have lived forever.

But I have the privilege that not many people have. I don’t just have to rely on my own memories, or the memories of my family to celebrate him.

I get to read portraits written by journalists, quotes by former colleagues  – and even better – people, strangers, writing their stories and perceptions of my grandfather. Some are stories that I had never heard before.

To me he was just farfar (meaning dad’s dad in Danish), but to others Arne Melchior was many great things. Sure there were mistakes and misunderstandings. He was no saint. But there is also so much to learn from him.

So here are 7 lessons from my grandfather about true leadership:

I knew my grandfather placed a lot of importance on saying thank you and being appreciative of everyone who is adding value and contributing to society. These two stories I heard after his death, shows how strongly he put it into action:

a) Every year all members of the Danish parliament receive a free entry-card for the year to Tivoli, the famous amusement park in Copenhagen. Of the 179 parliament members my grandfather was the only one to write a thank you note. And this was before email. Every year he would send a hand-written thank you note to the management of Tivoli.

What you can do: It doesn’t cost anything to say thank you! Start saying thank you (and mean it) today.

Take a stand. If there is something that matters to you, don’t sit at home and complain. Do something. Take some action.

I was taught that you have no right to complain about politics and politicians unless you exercise your rights to vote. If you want something changed, take action. Long before he became a politician my grandfather was active in many organisations to make the difference he wanted to see. Indifference is not OK.

What you can do: What change do you want to see? Speak up about what you believe in. Take some action today.

One of the things my grandfather was most proud of was how he was able to make the life of disabled a little easier. While he was the Minister for Transport he made sure (among other things) that all post offices would be wheel chair accessible and he vetoed the development of a sleek looking phone box, because a wheelchair user wouldn’t have been able to use it.

He also made it possible for people to bring bikes and prams on the Danish trains. Big changes need long discussions in committees and parliament – as my grandfather said democracy is slow (though still by far the best way to govern) – so while he was working on the bigger things, here was something he could implement. Something that seemed small, but made a massive difference on a daily basis to many many people.

What you can do: Seemingly small things can make a significant difference. Think about how you can make life easier for someone.

My granddad always said that he was too sensitive, too emotional to become a politician. He never intended to become a politician. It happened by coincidence. But in my nine years as an Executive coach and facilitator of leadership training, I have learned that the best leaders have high emotional intelligence. That being in touch with your own emotions and daring to show them to your people, will help people connect to you, help you connect with them – and so much more is achieved when we have genuine human connection.

What you can do: Check in with yourself daily. What do you feel? Don’t show up emotionless. Allow your passion and your sadness to show, so that those around you can connect more. Your leadership power will increase this way.

My grandfather used to say: “Boring it has never been.” And with him around it certainly wasn’t boring. Danish politics was definitely more colourful because of my grandfather and the media loved him. Yes, he was captured sleeping in parliament. Yes he would sing on television. Yes he would raise his voice in all kinds of scenarios when he felt it important to put his opinion across.

He knew who he was. He knew what was right to him. Long before the Personal Brand became a thing we all need to have, it was clear that Arne Melchior had his own flavour.  He stayed true to himself, he didn’t compromise on his values – even when it was uncomfortable or difficult.

What you can do: Don’t compromise who you are because of your role. Get clear on your values and who you are. Show up more fully. You will be remembered and how a much better chance at influencing your organisation/the world the way you wish.

After his death many people commented that even if they didn’t agree with my grandfather’s politics, they respected him. Because he was a “mensch” – a good person, caring about people. Particularly to those who other people might overlook!

He lived this truly. My grandfather and his wife Nina would welcome anyone into their home. Sometimes this was ambassadors and statesmen. Other times complete strangers picked up in the synagogue because they didn’t have anywhere to go for lunch. Strangers were even welcomed to stay if they needed it and I don’t think we can count the many people my grandfather has helped people – often those he didn’t really know, but who needed someone in leadership to help them.

He would also always stop to say hello to anyone who greeted him (which is a little tiring for the grandchildren on holiday with their grandfather who just want to go buy ice cream).

What you can do: Be kind to everyone you meet. Help those who need it. Be welcoming and consider inviting people also outside your “normal circle” for a meal once in a while. It might look like you are doing them a favour, but perhaps you will find your own life richer as a result.

My grandfather would often quote the French politician Pierre Mendes France for having said something along the lines of: The people will be happier when the power is held in the hands of those who don’t want it. My grandfather felt the weight of the responsibility, he wanted to truly do good and he wasn’t really sure he was cut out to be a politician.

Those words are important. We need more people who are reluctant to take the responsibility of leading and particularly political leadership. Those who feel the burden of trying to govern, those who feel their consciousness struggle with navigating choices that affect millions, those are the people I would prefer to trust my country with.

What you can do: Consider taking on more responsibility at work, in your local community or even politically. If you feel scared by the power, chances are you will be super considerate when making decisions and we need more of that.